Founded in 2011 by Ms. Tania Bery, TBECR specializes in college selection, admissions counseling, application and essay guidance, and test preparation for foreign colleges and universities. TBECR is a member of the International Association for College Admission Counseling (International ACAC).

Tania received her early education at the American School in Iran, and went on to study in London. She completed her schooling at the British School in New Delhi, where she topped the O-Level Examination at the British School and was Student Council President, and performed well in the A-Level Examination in 1990. She then attended Harvard College, U.S.A., where she was on the Dean’s List and obtained a Bachelor of Arts Honors degree in Economics in 1994. She participated in various extracurricular activities, including teaching at a Boston high school. She then studied at the Delhi University Law Faculty, where she received a Bachelor of Laws degree with First Division in 1997.

Tania joined the Bar Council of Delhi and practiced corporate and intellectual property laws and litigation for several years in one of the top law firms of the country. She served as an Admissions Interviewer for Harvard College from 1994 to 2010. She worked as an Assistant to the Student Advisor at the United States-India Educational Foundation (USIEF), New Delhi, where she conducted a presentation on writing the admissions essay, counseled and surveyed college applicants, and participated in college orientation workshops.

Having studied in the American, British, and Indian systems, she has a unique global perspective and experience, which enables her to nurture and guide each student towards his or her educational goals. 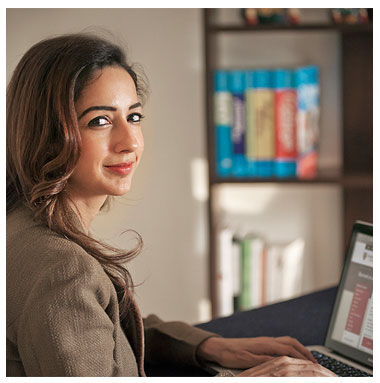